Germany’s favorite electric cars are the Mitsubishi i-MiEV, Peugeot iOn, and Citroen C-Zero. No other electric car model managed to sell more than hundred vehicles during the first six months of 2011 in Germany. 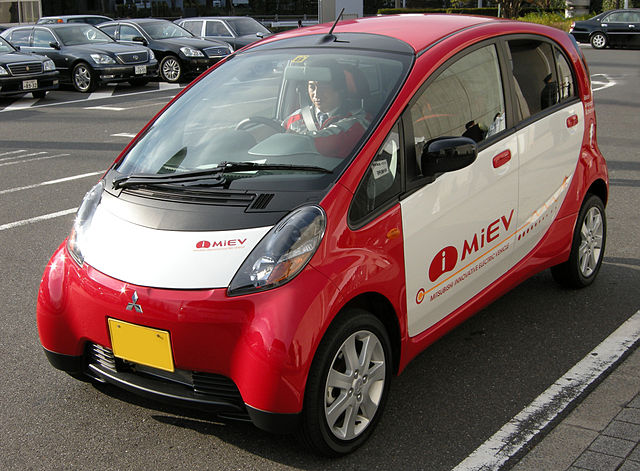 German car sales statistics for the first half of 2011 confirm that electric cars still have some way to go before being accepted as an alternative to regular or even hybrid cars. In total, less than a thousand purely electric powered cars were sold in Germany between January and June 2011. Currently the electric passenger vehicle market in Germany is dominated by the Mitsubishi i-MiEV and its technical derivatives Peugeot iOn and Citroen C-Zero.

According to the German motoring magazine Autobild (Nr 29 / 22 July 2011), the list of the top-selling electric cars in Germany for the first half of 2011 were as follows:

The sales statistics of new electric passenger vehicle registrations show that electric cars still have some way to go before they will be accepted in the mainstream market. In the list of total new cars sold during the first half of 2011 in Germany, the Mitsubishi i-MiEV is on position 200 while the Peugeot iOn and Citroen C-Zero were at 264 and 265. The other electric cars on the list were at around position 280.

The Toyota Prius, a hybrid vehicle, sold 1,133 cars during the first half of 2011 in Germany.  This was more than all electric vehicles combined but still only half of the Prius vehicles sold during the first half of 2010 in Germany. (Toyota had supply difficulties following the earthquake in Japan earlier in the year but the market may be showing signs of saturation of early adopters.) In comparison, Volkswagen sold 128,672 Golf cars during the same period.

It is debatable whether the lack of demand or lack of supply – a top-ten list of best-selling cars in Germany is simply not possible – is the cause of the low sales volume. With further electric models coming on the market soon – especially the arrival of the Opel Ampera and Nissan Leaf – it will be interesting to see to what extend purely electric vehicles are acceptable to the German consumer given the high premium charged compared to regularly powered cars.